Upon arrival at the territorial directorate, each migrant with his convocation for the reception visit for the signing of the Republican Integration Contract (CIR), is oriented and received by an OFII official.

The officials exchange with the migrant on his origins, integration process in France in order to make him comfortable and determine whether an interpreter will be required at a later date.

Once this first stage has been completed, they are received collectively, according to health regulations, by an auditor, for a detailed presentation of the Republican Integration Contract:

– The civic training of 4 sessions with an interpreter for those with an insufficient French level.

– The language training of 100 to 600 hours, some of them will be exempt if the French level required (A1) is already reached, or reached after written exam.

– Their common point, a long-term establishment in France and an Integration process respecting the essential values of French society and the Republic.

– Their assiduous attendance of training courses, which result in certificates for each of them. These will be required by the prefecture to obtain the multi-annual residence permit.

At the end of these explanations, the migrants take a written evaluation test in French. It allows to determine the language training needs. The courses can be held on Saturdays for those who work.

40 newcomers are summoned each morning and afternoon at the Territorial Directorate of the OFII in Paris. Each person leaves with a folder containing the signed Republican Integration Contract, the two invitations to the civic training days, the language prescription and a sheet with useful contacts relating to health and employment.

For more information on the Republican Integration Contract and language levels,  click here. 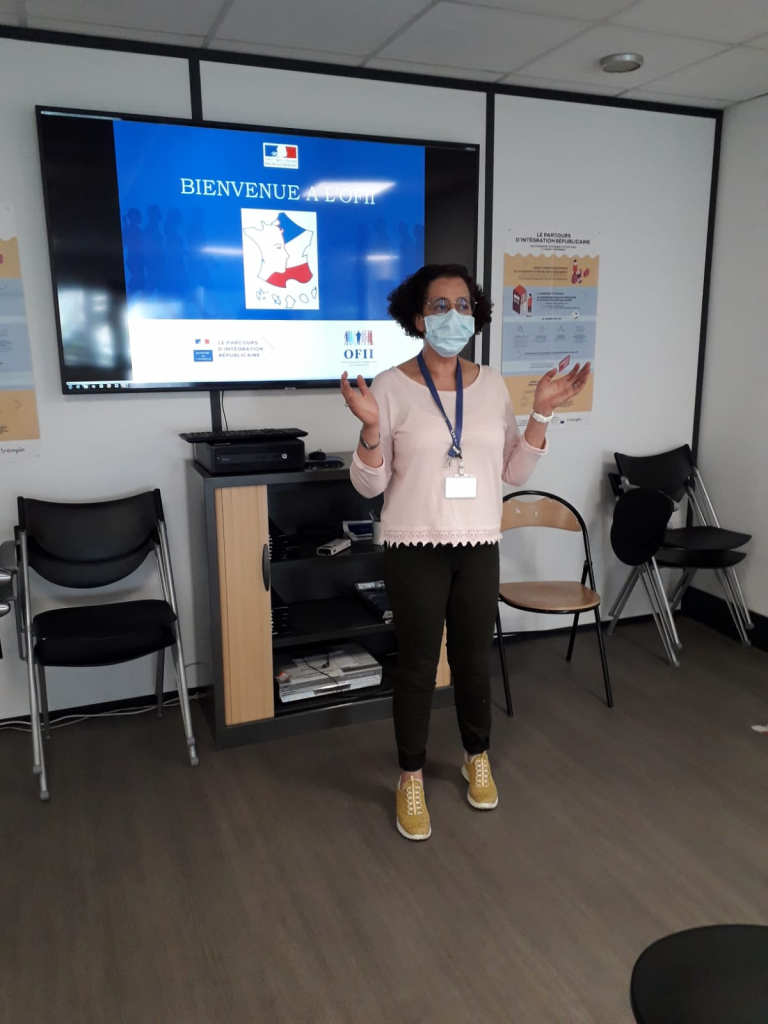