The OFII representation in Mali is involved in Côte d’Ivoire in the economic reintegration of returning Ivorian migrants.

Discover the portraits of seven migrants who have benefited from the voluntary return scheme in Côte d’Ivoire.

Seven successful returns and exits from migratory routes thanks to the positive support of the OFII for their economic and social reintegration through the creation of businesses in their country of origin.

On his return from France, Mr Ouattara decided to set up a rabbit farm with the help and support of the OFII.

Although a viral disease in 2021 devastated almost all of his rabbits, Mr Ouattara did not lose heart and was able to rely on the remaining ones. Indeed, the breeding rabbits he had bought multiplied; he has already sold 400 rabbits. Mr. Ouattara works alone and sells his production to restaurant owners in Abidjan. He plans to expand his project and hire someone.

Validated on 24 June 2021 during the selection committee meeting, where OFII representatives were present, Mr N’Guessan’s shop project became a reality.

The “Alex Store”, located in the municipality of Yopougon Lokoua, opened its doors on 29 April 2022. The grant enabled him to cover the rental costs of the premises, convert them into a shop and buy the initial stock.

He sells new and second-hand clothes. He gets his supplies from the big market in Adjamé. In order to boost his sales, he relies on social networks such as Facebook and Instagram.

He plans to diversify his merchandise and offer the sale of mobile phone equipment and accessories. 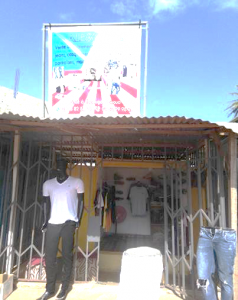 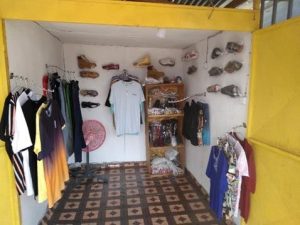 Opening of a butane gas depot.

This activity is subject to approval by the Directorate of Hydrocarbons, and Mr AGBATOU has an operating licence for butane gas issued by the supervisory ministry.

Because of the high demand for the product, the activity is lucrative. The premises he rents meet the standards in force for the installation of a gas business.

Located in the municipality of Yopougon Lokoua, Mr AGBATOU offers B6 and B12 gas cylinders. The grant enabled him to buy 75 bottles from different suppliers. He manages to sell about 10 bottles a day. 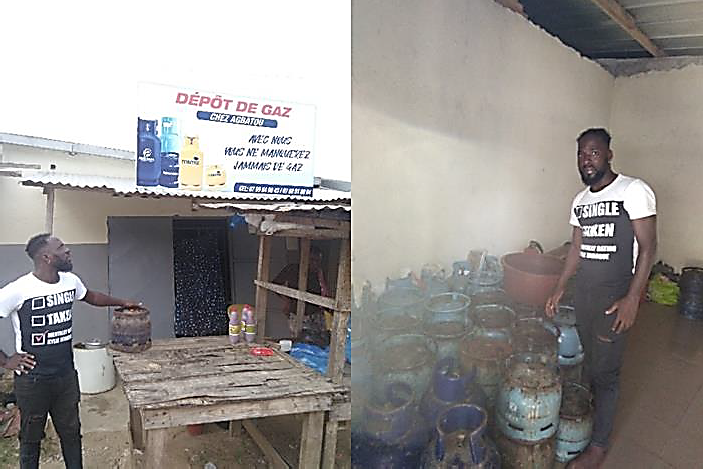 Ms OURAGA’s project was validated in June 2021. She received a grant which enabled him to buy a container, equipment and to carry out fitting-out work.  The personal contribution was used to purchase consumables. The project is located in the municipality of Yopougon. She employs two paid staff. Despite the competitive nature of this sector, Ms OURAGA is satisfied with her income.

Alongside this activity, she runs a small hairdressing, manicure and pedicure salon… which also provides her with an income.

Ms ABY has implemented her hairdressing salon project in Jacqueville, a town located 75 km from Abidjan. The grant she received enabled her to rent premises, fit them out and build up a stock of hair and beauty products. She employs a hairdresser and provides services that enable her to supplement her monthly income. 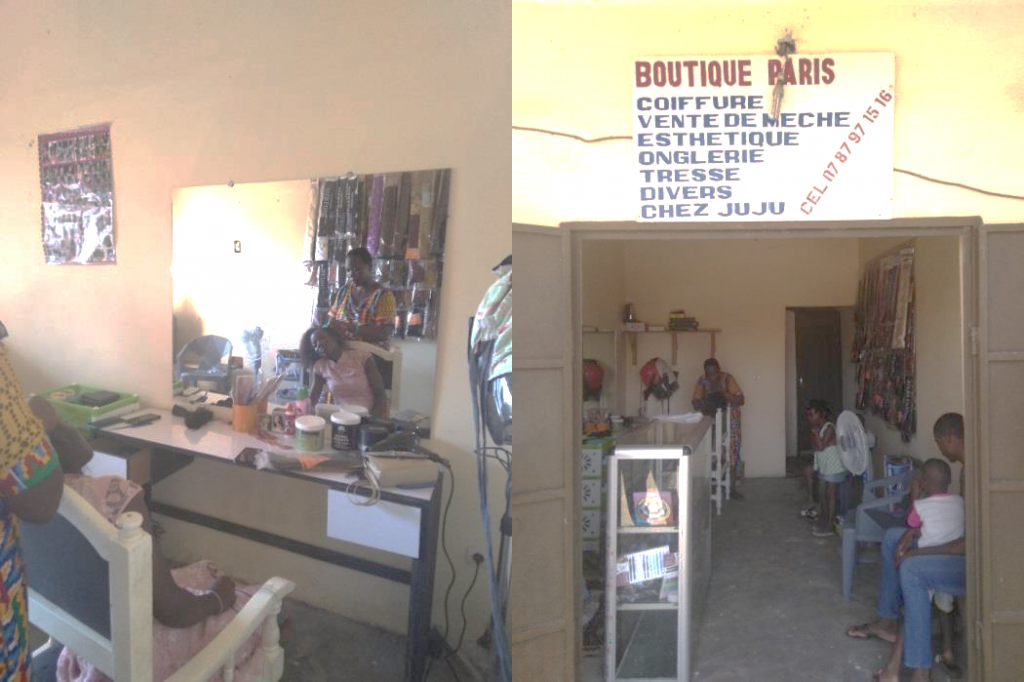 Based in Sikensi, Mr Diawara initially focused his project on car washing. As he could not find an attractive location, he reoriented his project and reinvested part of the grant in the opening of a fast food restaurant, “le Brooklyn food”. He used his personal contribution to fit a terrace and the premises out (counter, coffee machine, gas cooker and consumables). 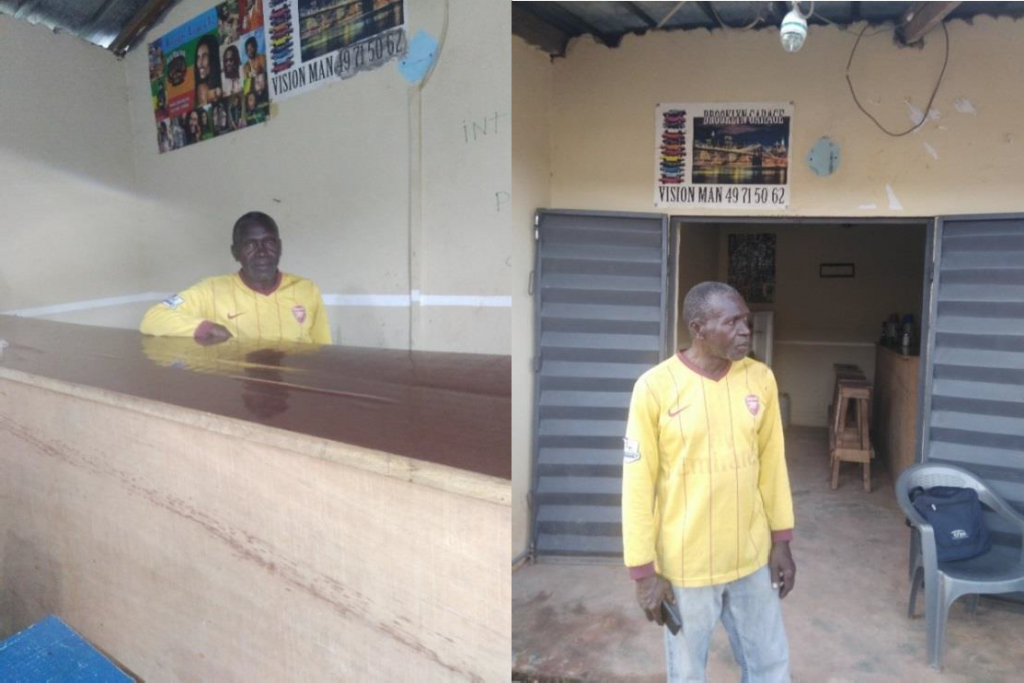 Validated in June 2021, Mr MOKE’s project started in December of the same year. The farm, provided by the family, is located in Azaguié, about 40 km from Abidjan. The OFII grant enabled him to rehabilitate the farm and buy male and female breeding pigs. To date, he has sold 12 pigs.

In parallel to this activity, Mr MOKE raises rabbits, which also provides him with an income.